The club fielded 9 Mens teams, 1 Women's team and 12 Junior sides in Season 2015/16. The club plays in the Christchurch Metropolitan Cricket Association competition in a season lasting from October to April each year.

The club was established in 1968 when the Merivale and Papanui (formerly Northcote) clubs amalgamated. It was originally thought that the founding clubs dated back to the 1920's and 30's but recent research has revealed that there were both Merivale and Papanui Clubs present in Christchurch in the early 1870's.

Sawyers Arms Road Park was initally used during the 1968-69 Season. From the 1969-70 Season to the present day Edgar MacIntosh Park has been the home ground to the Club. The Club also has a subsidiary ground at Bishopdale Park on Harewood Rd.

The clubrooms were built in 1972 and officially opened on October 5th, 1972. Numerous renovations during following seasons, such as the upstairs extensions in 2000 mean that members now have a great facility to both socialise and view the cricket.
In 2003, the Bar area of the Club was completely refurbished as well as the installation of sliding doors to improve the indoor/outdoor flow into the clubrooms.

The MPCC Committee are continually looking at options for improving all facilities (grounds, practice wickets, clubrooms) for the betterment of the club and it's members. 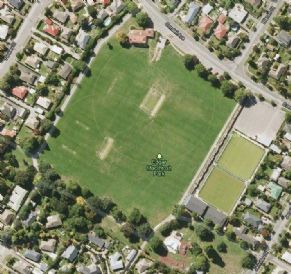